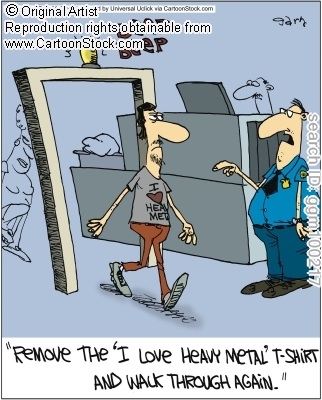 How about other kinds of implants used in orthopedics? Researchers from the orthopaedic surgery department at Beth Israel Deaconess Medical Center (Harvard Medical School) in Boston have published a report, in the April 2007 issue of the Journal of Bone and Joint Surgery, which lists the implants that are most likely to trigger detectors with new security sensitivities. They found that:

In contrast to orthopedic implants, the titanium in dental implants is pure and not combined with other types of metals such as cobalt-chromium which can increase detection. So go ahead and get your dental implants with no worries of a TSA officer doing an oral pat-down!