This patient visited his dentist seeking treatment options for his very unattractive ‘dark spaces’ and uneven teeth. He also disliked the variations in the color and shape of his teeth. He often covered his mouth when eating or smiling. His dentist referred him to Dr. Kazemi to evaluate him for dental implants and tissue grafting to improve gum tissue form and his smile. The exam revealed missing teeth and a deficiency of bone and gum tissues.

First, the existing crowns were removed and a new temporary bridge was made. The new temporary bridge provided the patient with an immediate improvement in his smile as well as great diagnostic information to help us achieve his ultimate goals. His upper left central incisor had to be extracted due to a deep decay. A site preservation bone graft was done to maintain proper bone and gum tissue. His upper right lateral incisor was extracted many years ago and was replaced as part of his old bridge. This tooth loss had caused shrinkage of bone which is commonly seen in this area.

In one visit, Dr. Kazemi extracted his upper left incisor and grafted it to preserve its dimension. He also augmented the right lateral incisor site with an onlay graft (bone was obtained from the back of his lower jaw where the wisdom teeth used to be). The bone grafted sites were allowed to heal for 6 months. The temporary bridge was used as his transitional prosthesis during this healing period. Next, two dental implants were placed in the lateral incisor and central incisor sites. Following six weeks of healing, a new temporary bridge was made supported by the implants and his adjacent natural teeth. After three months of healing, the final crowns were made.

The keys to achieving this type of result were: 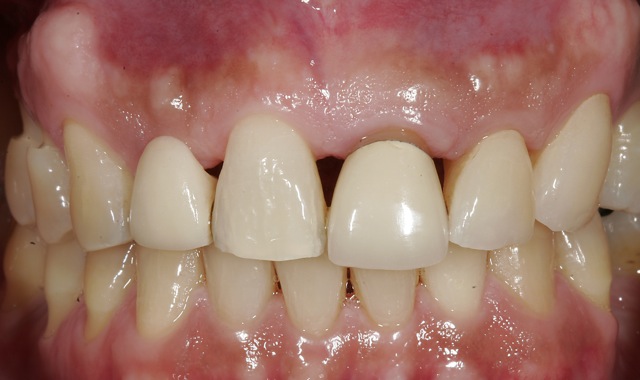 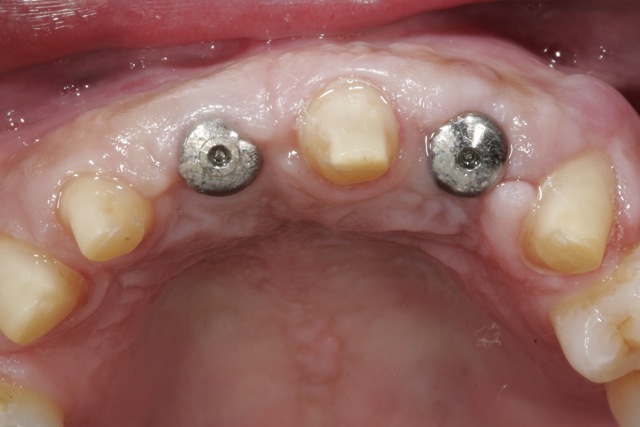 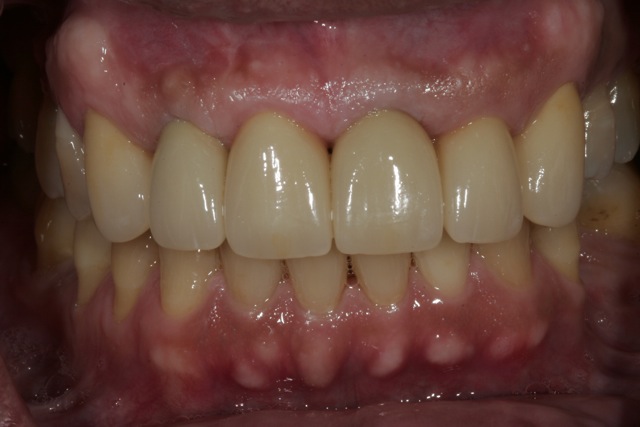 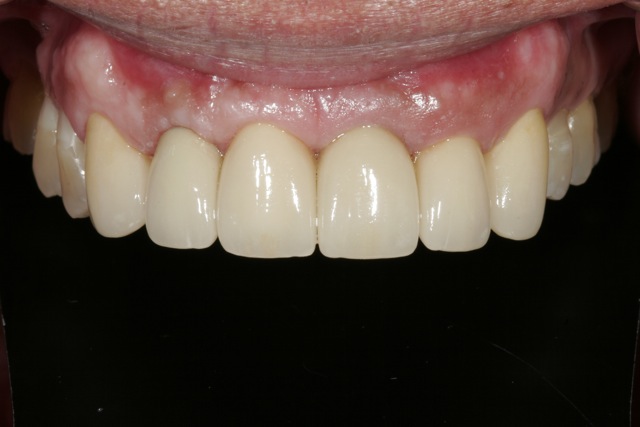