This patient had lost his upper right molars many years ago, and was finding himself chewing more on the left side. He was offered a partial denture by his original dentist, but felt he was still relatively young and did not feel comfortable getting a denture. He wanted to have fixed crowns supported by implants to allow him to chew comfortably on both sides. 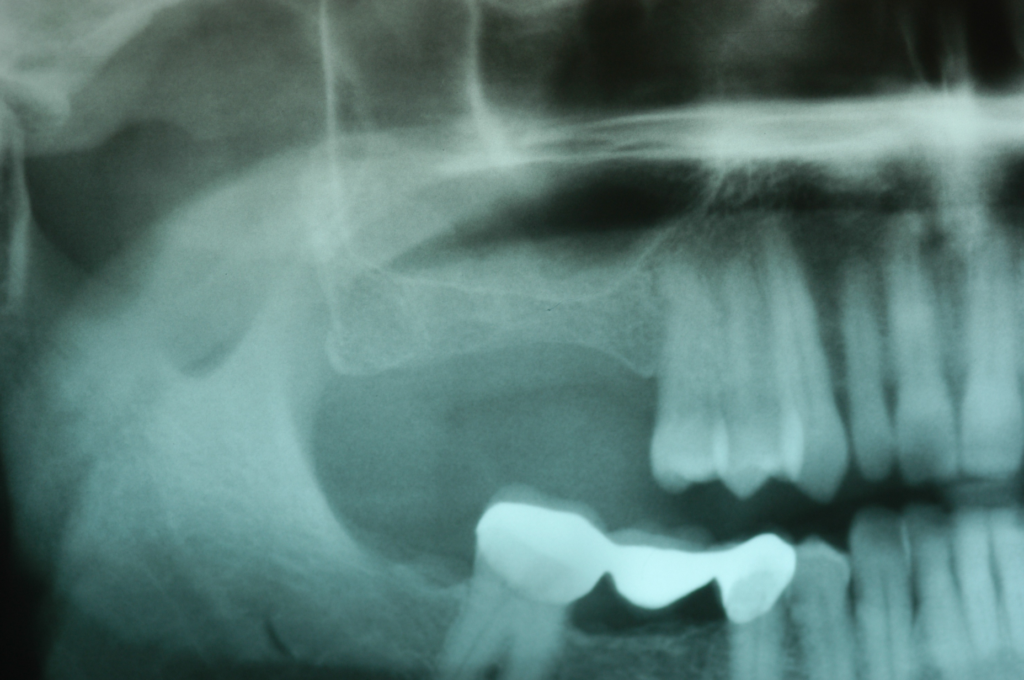 Because of the sinus position, he had only about 5 millimeters bone height, which was inadequate. (It is best to avoid short implants in the upper back area because of a high rate of failure). Therefore, vertical augmentation using sinus lift bone grafting was recommended. Dr. Kazemi performed the grafting procedure in the office under IV sedation in just under 45 minutes. It was then allowed to heal for about 6 months. Two dental implants were then placed and allowed to heal for another 4 months. It is important to give adequate time for healing, because the bone in this region is thinner and weaker than other parts of the mouth. Final crowns were then placed on custom abutments. The bone and implants are stable after ten years and continue to provide the patient with stable teeth and the chewing function that he so desired.