This patient came to us to discuss his treatment options regarding his upper teeth. He had been using a removable flipper for several years that was extremely hard to eat with and function on daily basis. He had been previously treated for a large jaw cyst which was was removed years ago leaving a large defect in his upper jaw. He had been told by multiple dentists that he does not have enough bone for implants and bone grafting is not possible.

The bone reconstruction of his upper jaw defect was accomplished in two stages: First a vertical augmentation using distraction osteogenesis technique. Then 3 months later a horizontal and additional vertical bone augmentation using guided bone regeneration techniques. After 6 months of healing, a computer-assisted imaging and diagnostics were performed to position the planned dental implants. Seven dental implants were planned for support of a fixed set of teeth. Because of his large facial muscles and higher level of anticipated load, adequate number of implants were deemed necessary for long-term success. 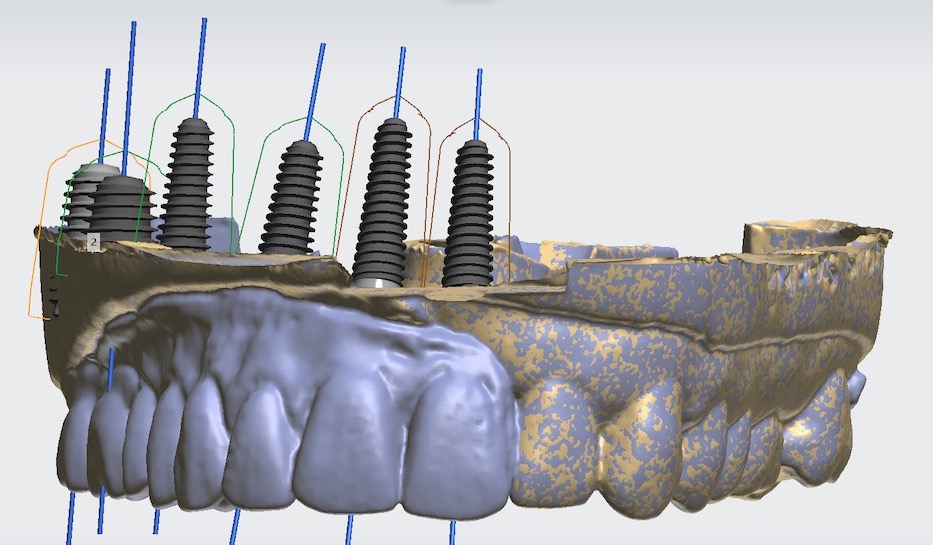 Dental implants were placed using a surgical guide. After a 3 month healing period, a soft tissue revision and gingival graft was done to increase the zone of keratinized gingiva (attached gingiva) necessary for proper protection of the implants and underlying bone. A prototype restoration was first designed and placed on the implants followed by the final restoration in 3 months. 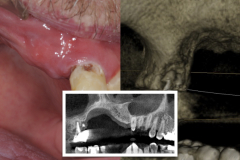 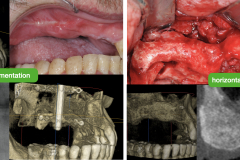 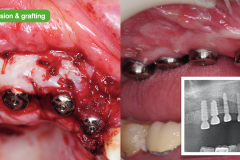 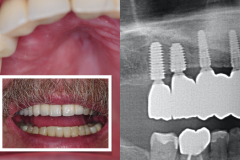 Keys to achieving this result: